The Faculty of Civil and Industrial Engineering is located in the area where the old convent of San Lorenzo in Panisperna was built. The convent was built on the ruins of the Domus Aurea, which was emperor Nero’s palace, and which is now the church of St. Peter in Chains. The Faculty is built around a beautiful Renaissance cloister, which one of the most beautiful cloisters of Renaissance architecture in Rome. The cloister attributed to Giuliano da Sangallo, and represents a magnificent example of Renaissance architecture in Rome. On the ground floor, the cloister has a rectangular porch with seven or eight arches supported by columns that are characterized by beautiful Ionic capitals that bear the crest of Della Rovere. The corner realised thanks to a quadrangular pillar supported by two demi-columns, is beautiful. On the upper floor there are windows with a plain cornice. At the centre of the courtyard there is a beautiful well, with an elegant octagonal plan sculpted by Simone Mosca, surmounted by a simple stand made of two pairs of columns that support a simple architrave with a cymatium, attributed by some to Michelangelo Buonarroti.

Today it is the symbol of the Faculty itself.

Under the courtyard paving there is a beautiful medieval cistern that is the size of a cube of about nine meters per side, which is identifies today by a thin line of stone sunken among the river stones, which is typical of Lombard architecture.

From the four corners of the courtyard, where the rainwater downpipes were, four channels converged towards the centre. These channels reached the four manhole covers, the four white discs at the corners of the perimeter, through which the run off could descend in many small spaces obtained between the vault of the cistern and the cloister floor; here there were layers of coal and gravel destined to filter the rainwater that was then released into the cistern by four stone spouts.

The large cube of the cistern was actually divided into two parts thanks to a cylinder that is approximately as wide as the octagon drawn on the floor around the well head;

the connection between the two spaces was ensured by two stone slabs with five holes that were arranged in a quincunx form, thanks to which the water passed through to the inner cistern, while leaving any possible sediments in the external area.

The Presidency of the Faculty, some classrooms and study rooms of different Departments face the cloister.

In addition to being used for numerous educational activities (graduation exams, seminars, institutional meetings), they host countless scientific and artistic events and national and international conferences. These spaces are held in common with the Faculty of Information, Computer Science and Statistics, since this last faculty was born after the original Engineering Faculty was split. 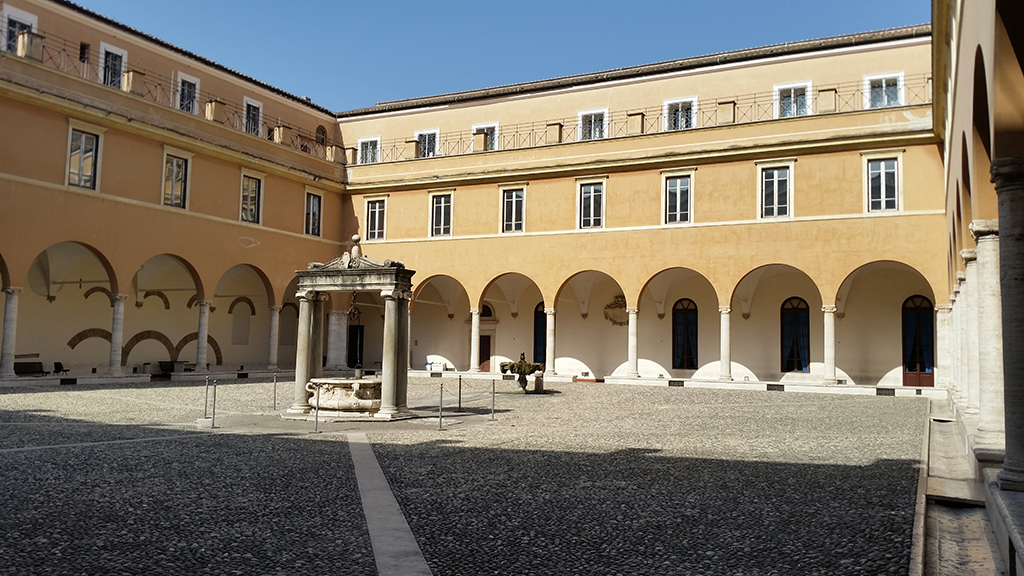 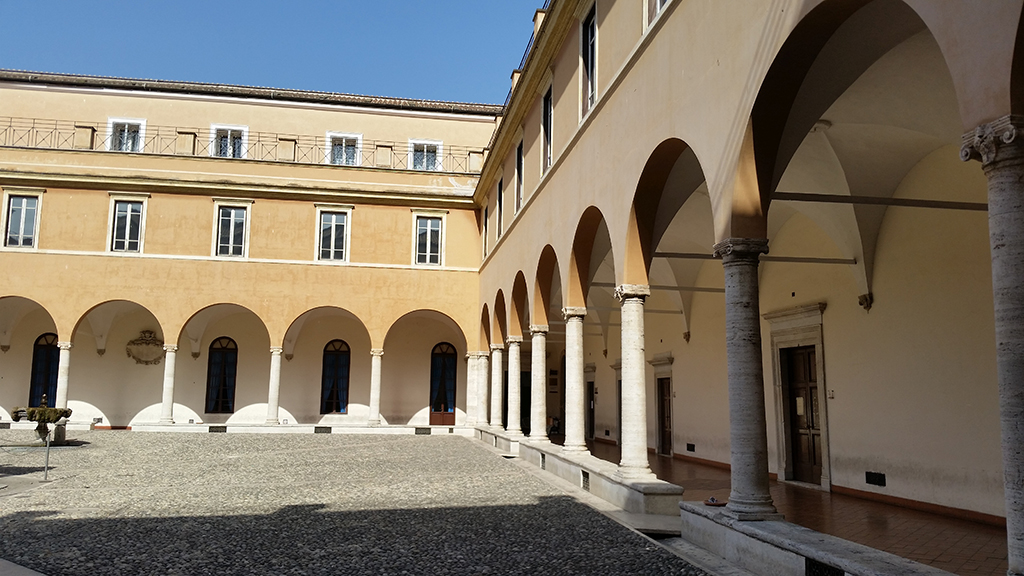 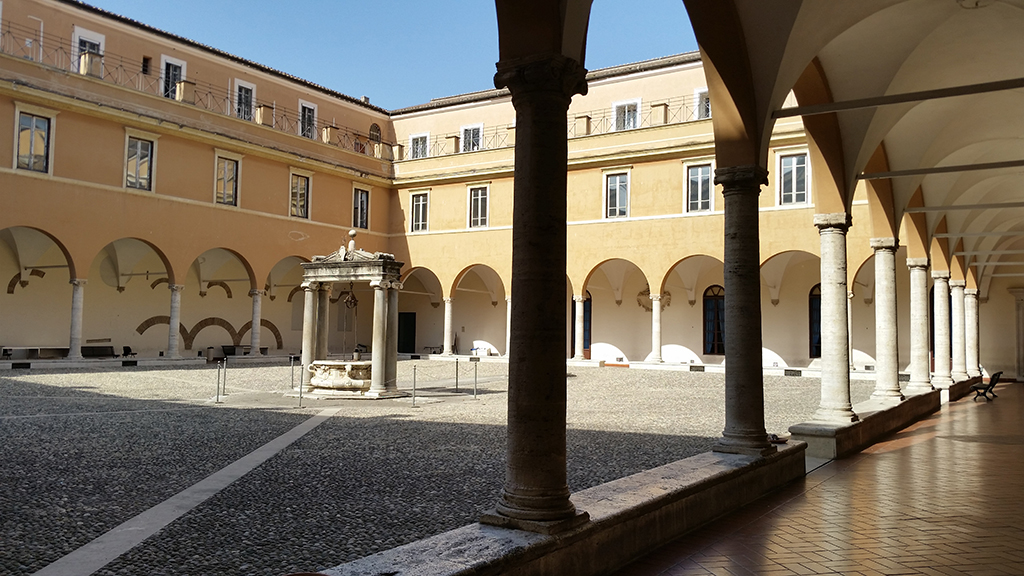 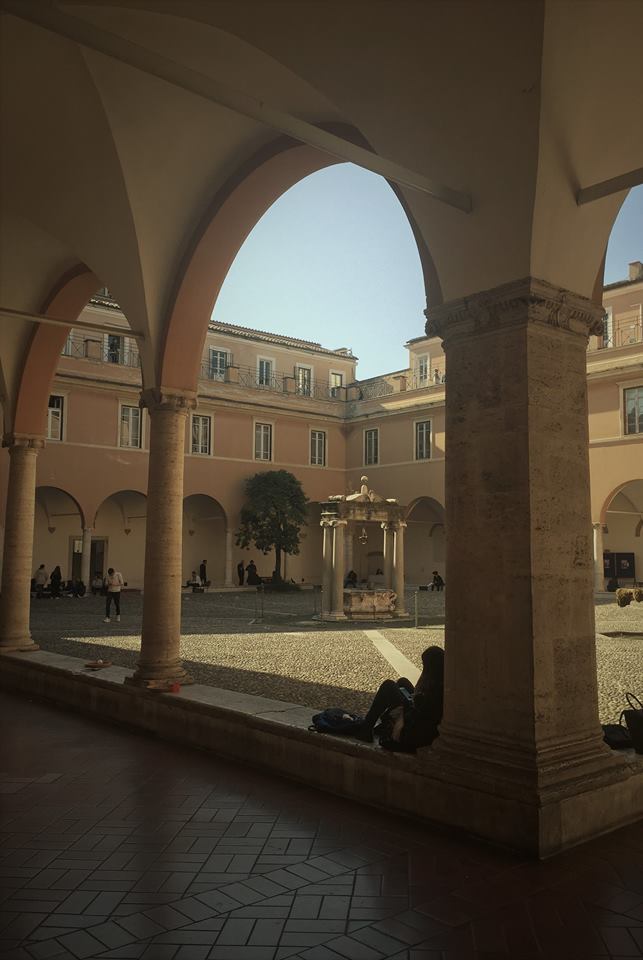 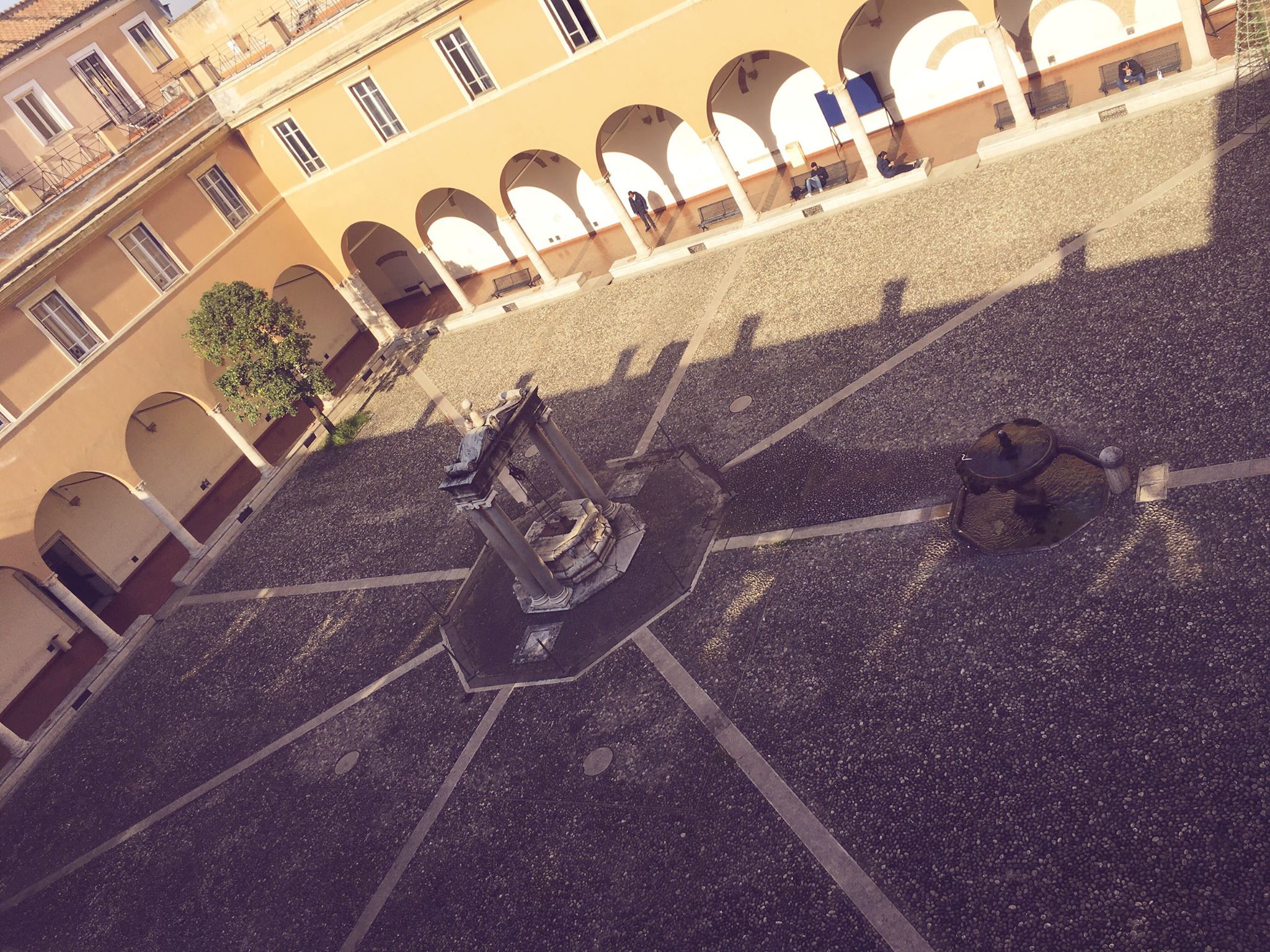 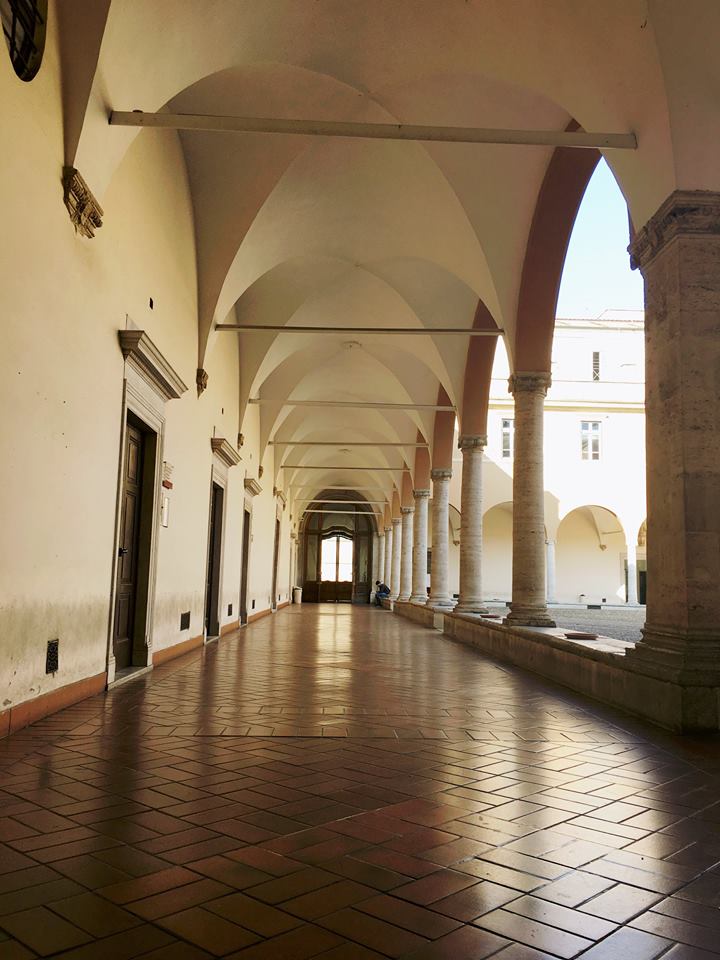 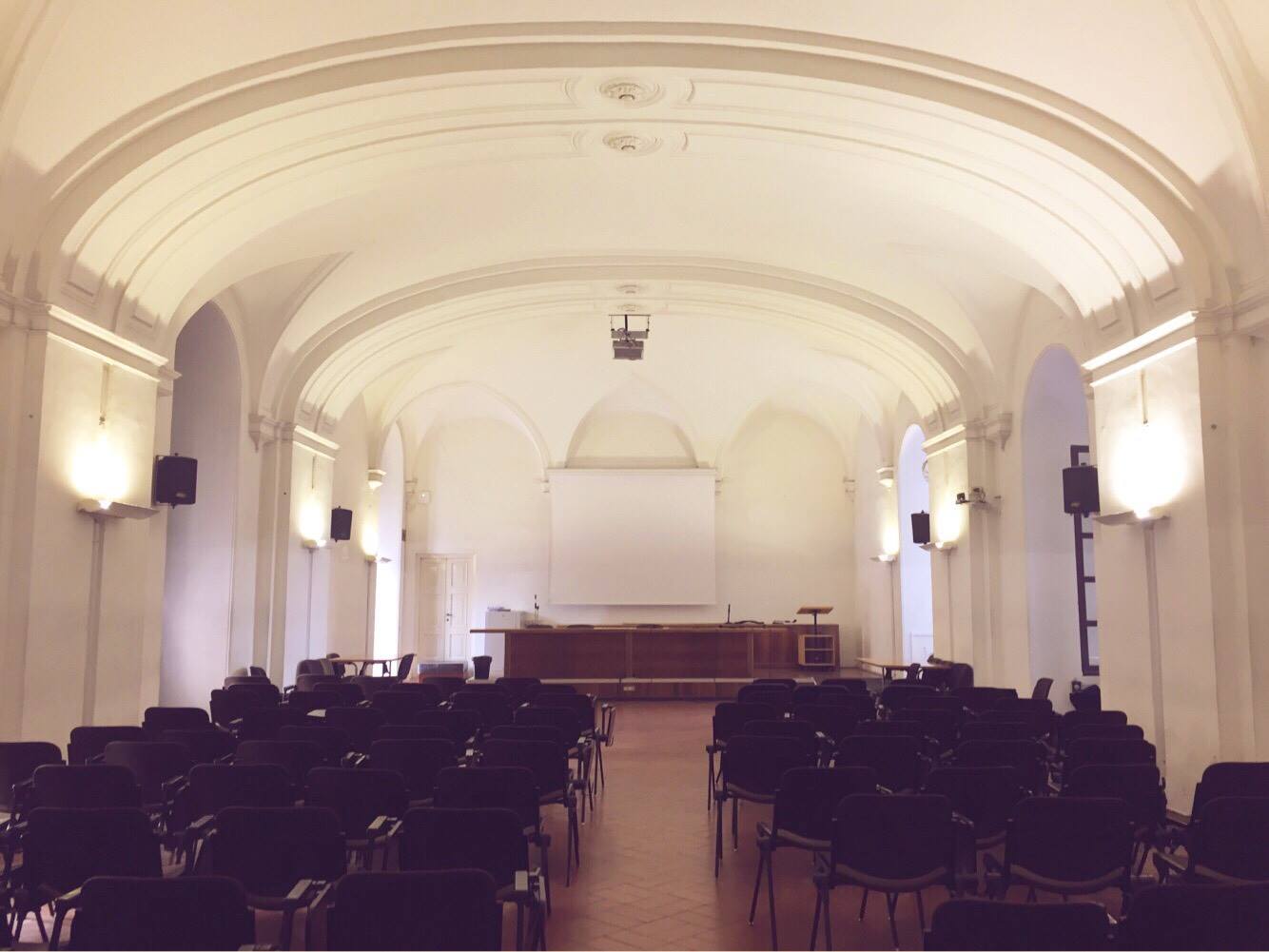